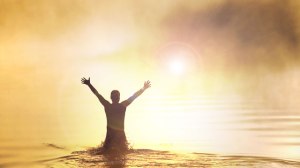 Mainstream Christianity is made up of wolves in sheep’s clothing and the blind leading the blind. Jesus preached from the temples and synagogues; he didn’t join the congregations. We are to follow Jesus’ example in everything we do. If you’re in a mainstream commercialized ‘church’, get out. The only church you need to be a card-carrying member of is God’s church, of which you’re an automatic member when you’re born again.

All commercialized churches today are nothing but sanctimonious two-bit social clubs set up to fleece the flock. They’ll fleece you of your time, your money, your energy, and your spirit. They’ll load you down with guilt and feelings of obligation, fill your head with lies, and ultimately rob you of your rightful inheritance in God’s kingdom, if you let them.

In Revelation, we read about Jews who call themselves Jews but are instead the synagogue of Satan. The same can be said of mainstream Christian organizations today. Not one of them is of God.

Paul in his letters and John in Revelation talked about God’s church in various locations. None of those churches had any particular name; they were simply known by their location (i.e., the church in Ephesus or the church in Philadelphia). The fake Christian churches today all have ostentatious or downright demonic names (being named after “saints” instead of God, teaching people to pray to saints instead of God). Denominations are, every single one of them, of the devil. Not one of them is of God.

Let me repeat that and let it sink in – not one of the mainstream commercialized denominational so-called Christian churches is of God. Not one.

God’s church cannot be destroyed because it was not built by man’s hands: it was built by God.

Wherever there is a truly born-again soul, there is God’s spirit, and there is his church.