HOW TO GET HOME 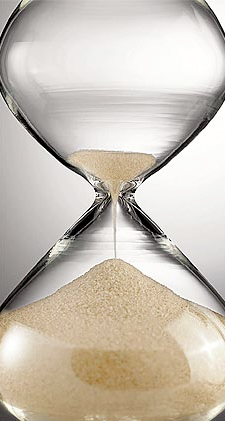 As a born-again, the purpose of your time here on Earth is to do whatever it takes to make it home to Heaven. The way to get there is The Way that Jesus showed us. Here’s a summary of the four most important points that you need to take to heart AND DO if you want to make it home.

First and foremost, you must put God first and foremost. Jesus said that this was the most important commandment. If your earthly family and friends and their needs and wants are more important to you than God, then you won’t make it home. Remember Jesus saying to the guy who wanted to attend his father’s funeral “Let the dead bury the dead; come follow me”? Remember Jesus clearly defining “family” as those who do the will of God? He said: “Who is my mother? Who is my brother? Those who do the will of my Father in Heaven are my mother, my sister, and my brother.” It might come across as harsh, but Jesus meant it to sound so. He meant to shake people up and remind them what their priority should be.

The world is very good at tempting us to forget about our purpose. It sidetracks us, demonizes us, perverts scripture, and even tries to redefine what it means to be a born-again Christian. God permits all this because it is part of our test: He wants to know if we truly want what we say we want. It’s all well and good to claim that you want to follow Jesus and live a “Christian life” (whatever that means), but when things get tough, do you get tougher or do you just wimp out? Scripture says that most will ‘fall away’ from God. You don’t get a third chance if you fall away this time around. Being born-again is already your second and last chance. God didn’t have to give us a second chance, but he did so out of love for us. We all screwed up the first time and fell for the lies of Satan. We rebelled against God. Don’t do it again. Always put God first, even if it means you must suffer and die for it.

Secondly, you must go out in the world and preach the Good News. You must. That’s not just a suggestion; that’s an order from Jesus, who was handing it on from God. How you choose to do the preaching is between you and God, but my advice is DON’T DO IT FOR MONEY. Freely you have received from God, freely you give. The so-called churches that have appropriated the gospel for their own purposes ALL preach for money. They water down and twist God’s Word so as not to alienate any potential customers, but they do this to their own detriment. Don’t be like them. Jesus never preached or taught for money. Be like Jesus.

Jesus is very, very clear about that, too, when he says that we MUST be born-again to get to Heaven. Being born-again means being in a state of grace. Grace can be lost, not by a decision of God but as an outcome of our own choices. If you consciously and persistently choose against God’s will, you will lose your grace. If you do something that might appear to be “good” in your own eyes but God says not to do it and you go ahead and do it anyway – that’s sin. God’s spirit cannot dwell in the same soul as sin. Paul spoke about it, as did Jesus. If you lose grace, there is no way to get it back. Jesus said that losing grace is even worse than not having it in the first place – the house that was swept clean is later inhabited by more and worse demons than it was the first time around.  Jesus said it would have been better for that person never to have been born.

Fourth and final – you must shake people up. Jesus did it, and so must we. He said he wasn’t come to bring peace to the world but a sword that will divide families and make enemies of unbelievers. The chief characteristic of those who are unbelievers is that they are asleep. We need to wake them up. It’s better for them to hate us and maybe someday turn and embrace God, than for them to keep sleeping and never turn. If they hate us, there’s hope for them. I used to hate born-agains, and look at me now!

God put his laws into everyone’s hearts. That means every soul here on Earth today has God’s laws engraved on their souls. They all crave what we crave – to do God’s will and to go home to Heaven – but their craving is stifled by their self-inflicted pain of sin. We’re not going to shake them out of their sleepy stupor or shock them out of their self-absorbed pity by tip-toeing around and trying not to offend anyone. Remember Jesus’ conversation with the Samarian woman at the well? He didn’t hide his Jewishness or the fact that he was the Messiah, even though Samarians and Jews were not supposed to socialize in those days. If everyone who knows us doesn’t know that we’re born-again followers of Jesus, we’re doing something terribly wrong. We’re God’s representatives here on Earth, just as Jesus was. Jesus didn’t tip-toe around, not for anyone’s sake, and neither should we.

So go ahead – get spat on, be called a bigot and crazy and narrow-minded, be an outcast from your family and friends, lose your job, get driven from your hometown, and get arrested for preaching God’s Word. If you suffer all this solely for being a born-again follower of Jesus, then congratulations, my friend! You are well and truly on The Way home.