Home » Uncategorized » ON SHUTTING UP IN THE CHURCH

ON SHUTTING UP IN THE CHURCH 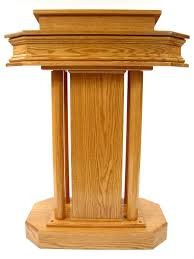 Physically, I’m a woman. I don’t think about that fact much; I just kind of take it for granted. God made me female, and that’s the way I am.

So it always surprises me when someone uses the fact that I’m a woman as grounds for telling me that I can’t do something or that I should just shut up. I’m not very good at shutting up, never have been – not as an atheist, and certainly not as a born-again follower of Jesus.

I mention this because I came across a website today that seemed to have good “God intel”. I was just about to email the site’s creator to tell him how much I enjoyed his site when God suggested I take a look at one of the blogs first. It was about “Women in the church” and how they are just to shut up. More to the point, and based on the blog-writer’s rather narrow interpretation of scripture, women shouldn’t teach, women shouldn’t preach, and women sure as heck shouldn’t hold ministerial positions of authority over men.

Needless to say, after reading that blog, I moved my half-written email to the “draft” file and had a little chat with God. I even tried the blog-writer’s advice of “shutting up” on for size, but it didn’t fit me very well. I kept thinking: Why would God give me the gift of grace if he doesn’t want me to use it? Jesus tells us that we are not to put our light under a bushel but on a candle stick, so that all will see it. He also tells us not to bury God’s gifts but to invest them so that they’ll grow. In other words, Jesus wasn’t telling me or anyone else to shut up about God but rather to do the opposite.

The Old Testament was all about genetic exclusivity. If you weren’t one of the twelve tribes of Israel, you weren’t in “the chosen” club. Certainly, you could petition to get in, but it was a lengthy and complicated procedure. Few “gentiles” bothered to do it, unless they truly felt called.

Jesus overthrew all that. Just as God promised through his Old Testament prophets, the kingdom has been taken away from “the chosen” and given to those who are considered more worthy (meaning, the followers of Jesus). Salvation is no longer based on membership in the Olde Jewish Boys’ Club but on the belief in Jesus as the Messiah and on a genuine willingness to live by faith by follow the promptings of God’s spirit. Jesus’ followers come from every nationality and culture and are of both sexes. In fact, Jesus even overrode gender by stating that his followers should strive to become spiritually like eunuchs (Matthew 19:12), who are neither male nor female, just like the angels are neither male nor female.

When God looks at me, he doesn’t see me solely as a female. He sees my will and my soul first, and my sex is secondary. What I’m saying is – my femaleness is just not an issue with him. If it’s not an issue with God, then it shouldn’t be an issue with anyone who says he’s a follower of Jesus. God made me a woman but he also made me a born-again believer, which de facto makes me a spiritual eunuch. I am a woman to those who are outside the kingdom, but to those inside the kingdom, I am simply brethren. As brethren, we all equally have the right and duty to preach the Word of God, whether our voice is high or low.

So no, I’m not going to shut up in the church or elsewhere. God doesn’t want me to, Jesus doesn’t want me to, and neither do I. If you can’t get past my sex, the problem is yours, not mine. Physically I’m a woman, but spiritually I’m genderless, just like Jesus. Maybe you should try looking at me through your spiritual eyes, not your physical ones.

By abornagainbeliever in Uncategorized on March 3, 2015.
← I’M A SAINT HAMMER →