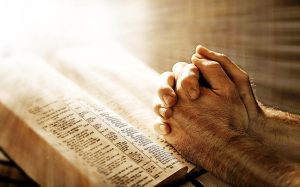 A satanic statue was unveiled in Detroit on the weekend. As hideous as the thing is to look at, it’s just a statue. As appalled as believers are by those who support the unveiling of such a thing, it’s still just a statue.

In and of itself, it has no power.

The people who brought the statue to Detroit and lobbied for it to be unveiled are, on the other hand, not things. They’re people, and God loves them just as much as he loves believers. His invitation to repent and say “yes” to his way and join his spiritual family is as open to them as it is to everyone else.

We need to pray for the devil worshippers, not pray against the statue. Christians in Detroit have been protesting and praying against the statue, but they’re praying for the wrong thing. They need to stop protesting and instead start praying (in love) for the people who support the statue. They need to be lifting these people up to God (in love) and saying to him: “Forgive them, Father, they don’t know what they’re doing”, just like Jesus lifted up his killers as he was dying on the cross.

Whatever Jesus did, he did it to show us what we should be doing, and how we should react and respond to situations. If even at the point of death Jesus could ask God to forgive his killers, surely we can find it in our hearts to forgive the devil worshippers in Detroit and pray for them instead of cursing them.

People attracted to demons are spiritually sick, and most (if not all) have no idea what they’re doing when they “worship” demons. If they really knew what they were doing, I doubt they would be doing it. I myself was involved in devil worship when I was an atheist (as illogical as that sounds). To me, it was just a game, in the same way that séances and spirit-summoning were games. They were cheap thrills, usually indulged in while drunk or stoned or “looking for trouble”.  As an atheist, I was miserably unhappy without even knowing it, and unhappy people gravitate towards anything that’s anti-God, in the same way that children stomp their feet and scream “I HATE YOU!” to their parents when they’re being punished.

Unhappiness is spiritual punishment, and demon worship is a way of saying “I HATE YOU” to God, without the visual foot stomping.

We need to remember that our job is to pray for people who do hateful things against God. Pray for them, not curse them.

To stop them, we need to get to the spiritual root of their demon-worshipping desire, and the only way to do that is to ask God’s help. But ask him in love, not in hate. Ask him to help the demon worshippers the same way you’d ask him to help your son or daughter, or brother or sister, or father or mother. Because demon worshippers, including the ones who unveiled that thing in Detroit, are all potentially our spiritual kin. Underneath the pain of sin, they’re just like us. And God loves them just as much as he loves us, and just as much as he loves Jesus.

Don’t curse them. Help them.

By abornagainbeliever in Uncategorized on July 27, 2015.
← PREACHER IDOLS →