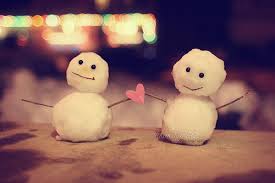 When I was in university, I had to read excerpts from the Bible for a comparative literature assignment. I was an atheist at the time and hated the Bible or anything that spoke of God in a positive way. I thought believers were idiots and I had zero patience for them.

The assignment specifically required me to read passages from Paul’s letter about faith, hope and charity. As an atheist, I had a difficult time reading the New Testament because all the words ran together and I couldn’t make head or tails of what was being said. Trying to read the New Testament for this assignment was no different; none of the words made any sense to me. It was as if they were written in a foreign language that I had no knowledge of.

In discussing the assignment in class, my professor talked about “caritas”, or charity, as a type of love that was distinct from other forms of love. He was a kind man and a diligent instructor, and I can still see him struggling to convey a meaning that can only be understood by people who are born again. I doubt whether he, at the time, was born again, or even if anyone in the class believed in God. I certainly didn’t understand what my professor meant by “caritas”, but I dutifully picked up enough of his explanation to regurgitate it on the exam and get a pass for the course.

Caritas is often translated as “charity”. It means self-less love, the kind that God gives us. God loves us selflessly, even arrogant university students who spit venom at the sound of his name. He gives of himself without expecting anything in return. As an atheist, I could not fathom a type of love that wasn’t feelings-based and wasn’t meant to be reciprocated on some level; to me, love without palpitations and weak knees just wasn’t love. Sure, I understood that my parents and grandparents loved me without palpitations and weak knees, but that was different. I was expected at least to show my respect to them, so in this they got something in return for their love.

But to love expecting nothing in return – what kind of fool would do that? My atheistic mindset had no place for such as concept. To me, the notion of caritas made the idea of God all the more far-fetched.

Muddying the waters even more was my personal experience of the charity industry. I saw charities as seedy organizations whose sole purpose was to separate people from their time, energy, and money. How could these organizations truly be called ‘charities’ if they gave tax receipts for monetary expressions of love? Wasn’t real charity supposed to be done selflessly and without expecting anything in return?

Despite his best efforts, my professor could not bring me to an understanding of Paul’s concept of charity, nor make me grasp why Paul considered charity to be the highest virtue. It was only after I was born again and able to read the New Testament that I started to get a feeling for what Paul meant.

To Jesus and Paul, charity simply meant to love as God loves. No palpitations or weak knees are required. Caritas is initiated in us by an act of our will, not a feeling. It is an act that is done for no other reason than that it is the right thing to do; no personal gain is involved. This is the selflessness that my professor struggled to convey all those years ago.

When we say “yes” to caritas, God loves through us. The simple nod of our will gives God permission to work through us so that we can, in fact, love as God loves: fully and selflessly. In saying “yes”, we feel God’s love flow through us, and we know there is no greater love.

By abornagainbeliever in Uncategorized on February 14, 2015.
← GET THEE BEHIND ME, CHANGE! WE ARE ISRAEL →