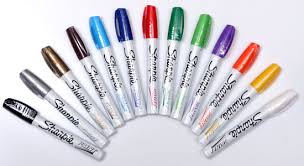 New Sodom. That’s what Western society has become – New Sodom. This time of the year it’s particularly in-your-face because of the “pride” parades and the flags. You know the flags I’m talking about. Every time I see one, I want to burn it.

It’s not healthy to grind your teeth for weeks on end. I tried to get away from the ‘celebrations’ that seem to be taking up more and more calendar space and city blocks every year, but even small towns are now showing their true colors. Short of relocating to Mecca, there doesn’t seem to be any place in the Western world to escape from the “alternative lifestyle” lunacy.

So I asked God what to do, and he said: Genesis 9:13. Whenever I see one of those flags flying where it ought not, I should just rebrand it Genesis 9:13 in my head. Or, I could take a black marker and/or spray paint with me and really rebrand it.

That made me laugh. God was actually giving me his blessing to tag the offending flags with “Gen 9:13”. So far I’ve just been doing it in my head, but I’m sharpening my sharpie as we speak.

Once upon a time, I marched in those pride parades. I considered myself to be “bi” and had gay friends. But the day I was born again, I knew immediately that homosexuality was wrong. I had been healed from it not because someone tried to heal me of my homosexual urges but because God had healed me every which way, from my spiritual head all the way down to my spiritual toes. In being healed (made “whole” or well, which is the meaning of conversion), all the sicknesses left me, including the homosexuality sickness. And it is a sickness – a spiritual sickness that is a manifestation of a demonic stronghold. The only way that you can be healed from any kind of spiritual sickness is to be reborn, which is the expelling of demons and the entrance of God’s spirit into a soul. There is no other way.

You are not born gay. There is no gay gene. You don’t turn gay from hormone-mimicking chemicals in your environment. (What a crock of bull that is.) You can only become gay by the bad choices you make in life. The bad choices open the door to demons that twist your natural desires to unnatural ones. As long as you persist in making bad choices, the demons will remain.

There is no peace in living with the kind of demons that twist your natural desires to unnatural ones. That’s why so many people who identify as “gay” are depressed, sarcastic, snide, attention-seekers, self-pitying, suicidal, substance abusers, alcoholics, and just downright angry all the time. They often blame “straight” and especially Christian society for their problems and keep pressing for “gay rights” and acceptance of their spiritual illness as the new norm. But the fact is that they are spiritually sick humans who have created their own problems by their bad choices, so no matter how many laws are created to enforce ‘homosexual rights’ and how many people claim to support the ‘homosexual lifestyle’, gays will never be satisfied as long as their demons have the upper hand over them.

The good news is that they and every other demon-infested soul can be healed the same way I was healed – by choosing to forgive the one person in their life they consider to be unforgivable.

Meanwhile, the rainbow is and remains the sign of the covenant between God and his people, not between demons and their people.

So grab your sharpies, people! We’ve got some rebranding to do.