BE GOD-FEARING AND WORK HARD 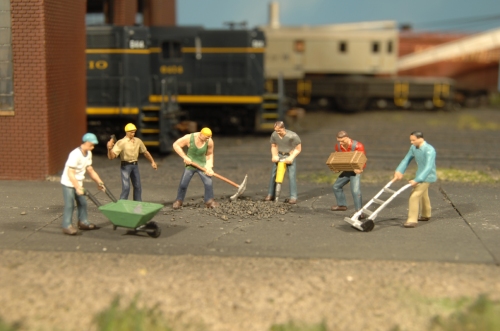 I have had a few lively discussions lately on the topic of political leaders and the state of nations. As I can’t help but come at this topic from the perspective of a born-again believer, I invariably have grated against the nerves of nearly everyone I’ve spoken to.  I’m used to being attacked (water off a duck’s back), so that aspect of it doesn’t bother me, but what does stick a bit in my craw is how people refuse to take personal blame for anything that’s happening in their country. It’s as if they have no life experience at all, and only know how to point a finger of blame at everyone but themselves.

Let me explain. I’m a firm believer in “what goes around, comes around” or “you get back what you put out”. This is framed in the immutable law of consequences following actions. I don’t see these expressions or this law as being in any way contrary to God’s justice. Jesus says to treat other people as you want to be treated because that’s how you will be treated. Pretty basic stuff. We all should have learned this before we reached kindergarten age or we’ll be in for one helluva a ride.

But interestingly, few people seem able to apply these basic concepts to their nation as a whole. They separate the deeds done by themselves and their fellow countrymen from the consequences that follow those deeds. So, instead of blaming bad leadership on bad actions on the part of those being led, most people instead blame “corruption” or “international bankers” or racism or unfair economic policies. Not once have I heard (except from me) that people get the leaders they deserve, and if they want better leaders they should be better people.

The Old Testament is full of instances where entire nations were punished because of the collective bad deeds of the people, not just the leaders. Those who were innocent of the damning deeds were given ample warning to leave before the destruction occurred, because occur it did. The only time destruction was averted was when the entire nation, to a person, repented of their evil deeds.

God gives us all as many chances as possible to repent and change our ways, but if we choose to ignore God’s warnings, eventually time is up. Nations are given warnings just as people are given warnings, and those who choose not to heed the warnings will suffer the due consequences.

The United States of America was once a God-fearing, hard-working nation. It wasn’t perfect; it wasn’t made up of saints; but the majority of people treated others as they wanted to be treated, which goes a long way to making life stable and prosperous.

And then, somewhere along the way, America lost her way. Lady Liberty was seduced. The love of money and prestige (the so-called American Dream) overtook the love of God. And from that point onwards, the writing was on the wall.

American pride, American military might, superpower status – these characterizations now define America rather than God-fearing hard workers. And the farther Americans stray from the Ten Commandments, the worse their country grows.

I believe America is now at the point of no return. I believe it has reached Sodom status (as has my country, Canada, and other nations such as Sweden, the Netherlands, Germany and England, to name a few). For countries that have reached Sodom status, repentance is no longer an option. I believe that the warnings to leave have been given, and that the destruction of the nation is at hand. I do not believe it will happen tomorrow or next month, but I do believe it will happen soon.

A change in leadership cannot and will not change the actions of those being led. Citizens of a nation can be legislated to do this or that, on pain of fines or incarceration or even death, but actions that are forced do not have the same spiritual weight as actions that are done freely. Leaders don’t make or break a country; the people who live there do.

In responding to this argument, some people claim that “the masses” have been brainwashed through the education system or mass media or adverse circumstances into being a certain way or believing certain things or even doing certain things, and so they are not to blame. In other words – they are innocent of their misdeeds. This is an argument straight from Hell, and one I’m sure that echoes what Satan said to God just before God turfed him from Heaven.

None of us is innocent. There was only one who didn’t sin, and that was Jesus. When he willingly took on the consequences of sin without having earned those consequences, he created a spiritual revolution that paid the debt and balanced the ledger.

So when the newly appointed leader takes over the White House in February 2017 and things go quickly from bad to worse, don’t blame the leader (or “corruption” or “international bankers” or racism or unfair economic policies, etc.), blame the people being led. Blame them for their day-to-day choices that are contrary to God’s will and Commandments. Blame them for turning from God and living decadent and slothful lives. Blame them for always blaming someone else for their problems and never taking personal responsibility. We should blame ourselves, too, because we’re all partly to blame; we all have a share in making our nations the cesspools they now are.

If you’re reading this and it resonates with you, make sure you get out of Dodge before the final conflagration. God will give you ample warning, but he’s not going to hold up proceedings just because you’re dragging your heels. When he says “Go!”,  go. Don’t hesitate and don’t look back. Take nothing with you; you’ll be provided for. A Christian prepper doesn’t prep materially but spiritually. Take with you whoever willingly wants to go, but leave the rest behind. They’ve made their choice; you can’t make it for them.

A nation is nothing but the sum total of the people living there. It is not some separate entity but rather an entity that has been formed from the collective consciousness and collective consequences of the people making up that nation. Countries that once based their laws on God’s Commandments have steadily moved away from God and towards Satan. This is reflected in new laws that ensure abortion ‘rights’, suicide ‘rights’, homosexual marriage ‘rights’, and so on. Countries are in an advanced state of decay and chaos because they’ve rejected God’s laws and embraced Satanism. Not just the state machinery has rejected God and his ways, but the people themselves have rejected him. It is the people’s collective will – the fruit of their actions – that has ushered in the laws that honor Satan rather than God.

I will continue to argue that people can only get back what they put out, and that this universal law applies to nations as well as people, and that external factors such as unfair economic systems are consequences that have been earned, not punishments that have been unjustly imposed.

I have said it before and I will say it again: If you want better leaders, be better people.

And if you want to make America great again, be God-fearing and work hard again.

By abornagainbeliever in Uncategorized on October 23, 2016.
← SILENCE LIKE A CANCER NO, PLEASE – TELL ME WHAT YOU REALLY THINK… →