Home » Born-again Christian » THE KINGDOM HAS COME: PART ONE

THE KINGDOM HAS COME: PART ONE 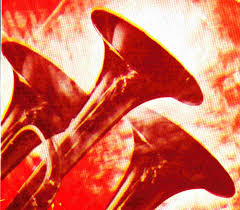 GOOD NEWS – THE KINGDOM HAS COME!

Unlike the fake, uninformed, lukewarm, missing-in-action, or just plain lying Christians who make up most of what the world calls ‘Christendom’, the few true Christians alive today already know that the kingdom has come. They know it because they know God, they know Jesus, and they know scripture.

In Matthew 12:22, Jesus is casting out a devil by God’s Spirit, but the Pharisees accuse him of calling on Beelzebub to do so.

Jesus gets really really peeved about this, and says:

There it is, folks: The kingdom of God has come unto us, and the proof is that Jesus was casting out devils by the power of God’s Holy Spirit nearly 2000 years ago.

In Luke 11:20, Jesus affirms the arrival of God’s kingdom even more explicitly:

But if I with the finger of God cast out devils, no doubt the kingdom of God is come upon you.

No doubt means exactly that – zero chance of something being otherwise.

None of Jesus’ disciples would be born again, either, including Paul.

And Jesus would not be the Christ.

Let that sink in for a minute – if God’s kingdom has not yet come, then Jesus is not the Christ: He’s just another false prophet.

But we know of course that Jesus IS the Christ. The Old and New Testaments point to Jesus being the Christ, and he affirmed it numerous times with this disciples. Heck, even God yelled down from Heaven: “This is my son; listen to him!” For anyone with eyes to see and ears to hear, there is no doubt that Jesus is the Christ and no doubt that God’s kingdom has come.

Then why on Earth would anyone want to argue the contrary?

In fact, they’ve based their entire argument on this one passage. Ignoring clear evidence to the contrary from scripture, from Jesus, and even from God Himself, the deniers insist that John’s vision is about a post-tribulation geopolitical kingdom.

Where have I heard that before?

Ah, yes – the Jews. In Jesus’ day, the Jews refused to accept Jesus as their long-awaited Messiah (the Christ) because he had no military or political power and wasn’t interested in setting up a geopolitical kingdom. In Jesus’ own words: “My kingdom is not of this world.”

The spiritually deaf and dumb Jews were flummoxed by this assertion. They were expecting a cavalry, not Calvary. They were expecting their Roman conquerors to be annihilated by a vast Messiah-led army and  their heathen enemies to be overthrown. But from what they could see, the most that Jesus had ever overthrown were a few tables belonging to the money changers. How could someone with so little earthly power or authority (not to mention dubious parentage) save them from their enemies?

Today’s clued-out Christians are falling for the same old lies that have been tripping up Jews for millennia – namely, that the Messiah (Christ) is going to set up a geopolitical kingdom.

But Jesus clearly said: My kingdom is not of this world.

If his kingdom is not, as Jesus stated, “of this world”, then why would Jesus plan to come back and set up a kingdom that was of this world? Certainly, Jesus is coming back, but not to set up a geopolitical kingdom. He’s coming back just long enough to say “I told you so”, grab the last of his followers, and hightail it back to Heaven. He has zero plans to hang around after that.

Revelation 20 is about God’s kingdom here and now, with Jesus as Lord and commander, and his followers as spiritual kings, priests, and prophets. In one of his letters, Paul also mentions that those who have died to the world are already kings and priests in God’s kingdom.

Then why has there been such a big push, especially over the last few decades, to try to convince Christians that the kingdom will only come after the tribulation?

Who is promoting this anti-Christ lie, and why?

(See Part Two to find out!)

By abornagainbeliever in Born-again Christian, Christian, Uncategorized on July 8, 2016.
← NEVER GIVE UP SLEEP PARALYSIS →