Home » Uncategorized » THE ROLE OF PERSONALITY IN PREACHING THE WORD

THE ROLE OF PERSONALITY IN PREACHING THE WORD 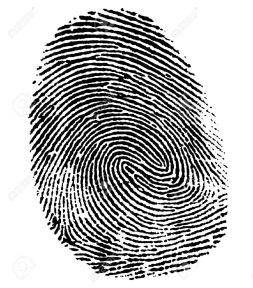 God chooses us for any number of reasons. The first and foremost one is that we choose him, sometimes without even knowing it (as I did). But in choosing us first and foremost because we choose him, he then chooses which of us will have the option of doing what kind of work within the Kingdom. In Heaven, we’ll have missions; on Earth, we’ll likewise have missions, and the missions God chooses for us are suited to our personality.

I mention this because I hear so frequently about Christians who are confused about the kind of work God is calling them to do. If you’re one of those who’s wondering how you can help out the Kingdom, then consider your personality type. God certainly does. Your personality is the key indicator of the type of mission work you’re genuinely called to do.

There’s a general misconception that, upon being reborn, you’ll all of a sudden become emboldened to take to the streets to preach the Word. Many new born-agains do indeed take to the streets, only to fall flat on their spiritual faces. Public humiliation is actually a good thing that hopefully will discourage them from trying that approach again. All believers are called to preach the gospel, but there are many ways to do it. Sometimes actions speak louder than words.  Sometimes the keyboard is mightier than the sword. Not everyone has the personality of Jesus or Paul, so not everyone should be preaching in the streets.

As you can probably tell by the tone of this blog, I am not a shrinking violet. I have the natural ability to stand before crowds and preach (I feel very comfortable on the stage), but I don’t have the “touch” for preaching the Word live. I’m not a “people person”. God made me attractive and eloquent enough that people will listen to me, but he didn’t give me the gift of verbal persuasion. I can’t reach people with the spoken Word. What I usually succeed in doing instead is rubbing people the wrong way. I have learned over the years that my gift is not to speak but to write God’s Word. If people can’t see or hear me, they’re more likely to take the time to ruminate over what I’ve said rather than immediately reacting it to it in a negative way.

But Charlotte (people will say to me), maybe you could learn to be more persuasive?… This is where I disagree. My personality type did not change from the time I was an atheist to the time I was a believer. My personality stayed the same, but my values and beliefs underwent a massive sea-change. If I strove to become more verbally persuasive, I would be putting on an act, and God doesn’t use acts; he uses personalities. And, just as a safety catch, God also gave me a chronic respiratory condition that doesn’t interfere with my day-to-day life to any great extent but does prevent me from speaking for more than a few minutes. If I do so, I start to cough and cough and cough. I had to give up my teaching job because of the coughing. I coughing preacher would not, I think, be in much demand.

This is how God cements the deal and I’m OK with that. He’s given me other outlets to preach the Word that are more in keeping with my personality (and health) type.

So, if you’re wondering what kind of work you should to in God’s kingdom on Earth, consider your personality type. If you’re genuinely born again, your personality has not changed. Not everyone has the personality to preach in the streets; some people are better off preaching in a one-on-one counselling situation or, as I do, through the written Word. Some people preach by doing community work, some people “preach to the choir”, while others have a personality that lets them effectively reach out verbally to unbelieving strangers. Some personalities are more attuned to teaching than preaching (more logical and didactic rather than passionate), and some are better suited to silent ministration through just “being there”.

Look to your personality type, consult with God, and you’ll find your niche for spreading the Word. Everyone has a niche; make sure that the one you choose is the one that’s right for you. You’ll know it’s the right one because it will not only “feel” right but will be continually blessed by God.

By abornagainbeliever in Uncategorized on October 25, 2016.
← NO, PLEASE – TELL ME WHAT YOU REALLY THINK… CANADA: A COUNTRY GONE MAD →