Home » Born-again Christian » ARE YOU PROTECTED? 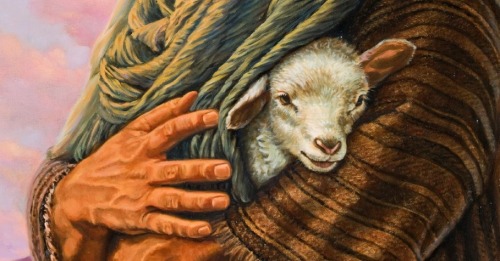 So here we are, nearly 2000 years later, and God is still making good on Jesus’ prayer. Genuine followers of Jesus are still prospering in everything they do and still being protected, AS LONG AS THEY CONSISTENTLY AND WILLINGLY CHOOSE TO DO GOD’S WILL AND KEEP HIS COMMANDMENTS.

There is an unfortunate and essentially anti-Christ school of thought prevalent in mainstream Christianity today which teaches that all it takes to secure God’s protection is some kind of hazy belief in the “blood of Jesus” or the messiahship of Jesus or the sacrifice of Jesus on the cross, or just simply having faith in God or belonging to a certain denominational church and attending once a week. Jesus did not teach this. He definitely did not teach this. He was adamant on many occasions that being his follower went beyond mere “belief” – that being his follower meant always DOING God’s will and FOLLOWING the Commandments, even if it meant leaving hearth and home and children and work and possessions and everything and everyone you thought you loved behind.

I know a pastor who’s married to a witch. His children are heavily involved in the occult, and yet every week he stands before hundreds of parishioners and preaches. Sadly, he is not unique. Many people who claim to be followers of Jesus are holding onto relationships that are ensuring their condemnation and lack of God’s protection. In Ezra, just after the building of the second temple, the Jews were told to get rid of their “strange” (that is, non-Jewish) wives they had married while in captivity in Babylon. They were also told to get rid of the children they’d had with those wives. They did it – they left their wives and children, without hesitating and without grumbling and without looking back.

When Jesus chose his 12 disciples, he also required them to leave their wives and children, as well as their jobs and homes and possessions. They did it, without hesitating and without grumbling and without looking back. They just up and left.

I cannot stress enough how crucial it is to do God’s will and keep his Commandments if you want God’s protection. Search your heart and search your lives to see if there are things in you or around you that are preventing you from doing God’s will or causing you to break the Commandments. You need to get rid of these things, just as quickly and decisively as the Jews in the Old Testament got rid of their “strange” wives and children, and Jesus’ disciples walked away from their former lives. You don’t have to belabor the issue – once you identify that something is keeping you from loving God with all your heart and all your soul, out it goes, like trash. God will guide you and give you the strength to do this. That’s his job. Once you signal your willingness and do whatever is required to CLEARLY DEMONSTRATE that you’re putting your spiritual money where your mouth is, God will step in, take the reins, and clear the path.